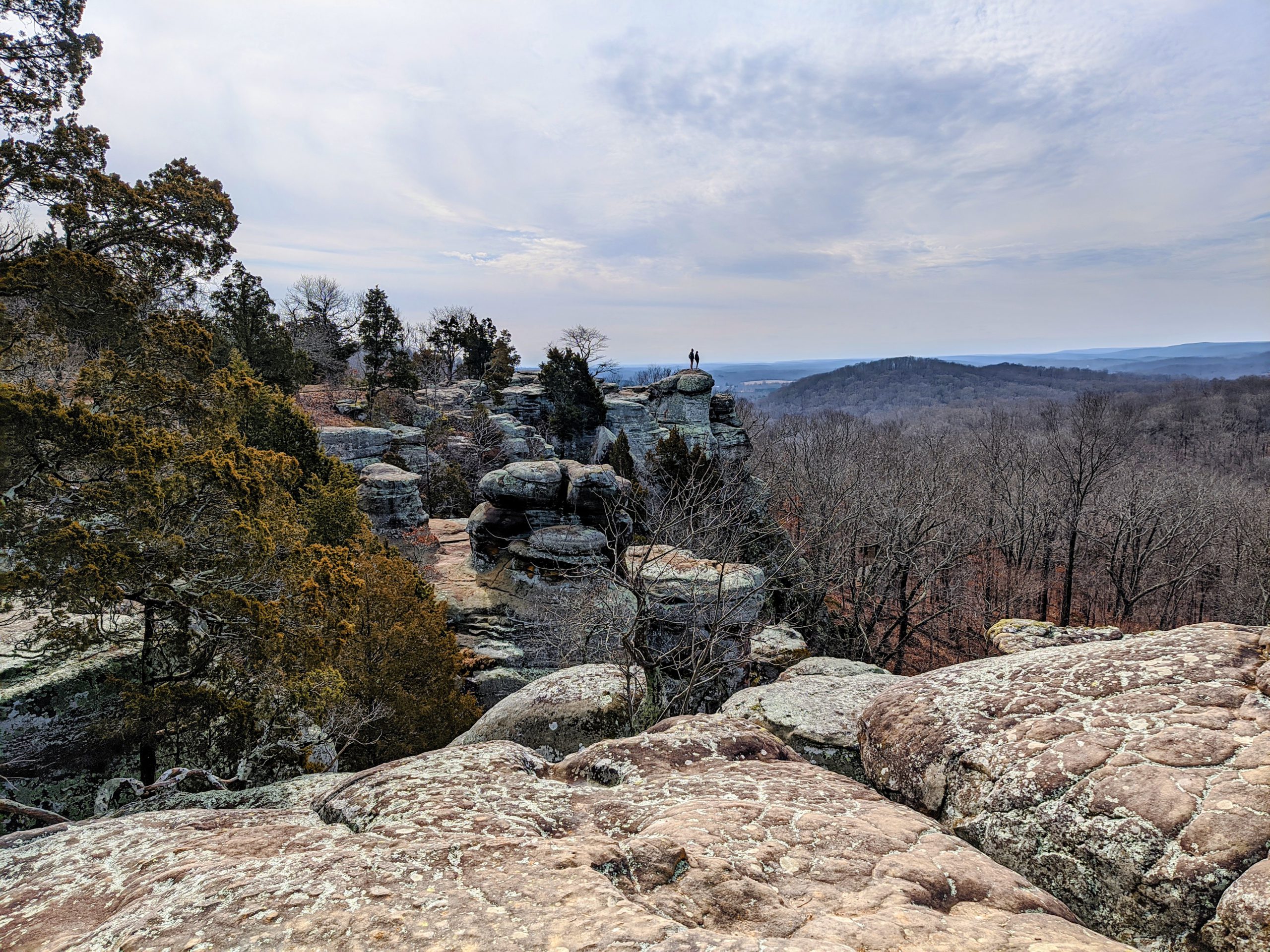 Garden of the Gods is a wilderness area in Shawnee National Forest with expansive views of Southern Illinois.

While there are many more attractions in Shawnee, Garden of the Gods is the best place to visit.

A quarter mile paved loop takes visitors near the edges of the large sandstone formations. For the more adventurous, the stones are accessible for climbing and sightseeing. View the trail on AllTrails.

The largest rock formation is known as Camel Rock. Its one of the most photographed locations in Illinois and for good reason. Glaciers carved through much of Illinois but they stopped just north of present day Shawnee National Forest. Fortunately, we were left this spectacular grey sandstone plateau.

Other hiking and activities are nearby. Stoneface was a short drive and an easy hike. A large cave facing the Ohio River was once a hideaway. Backcountry camping is available although we tried boondocking at Teal Pond instead.