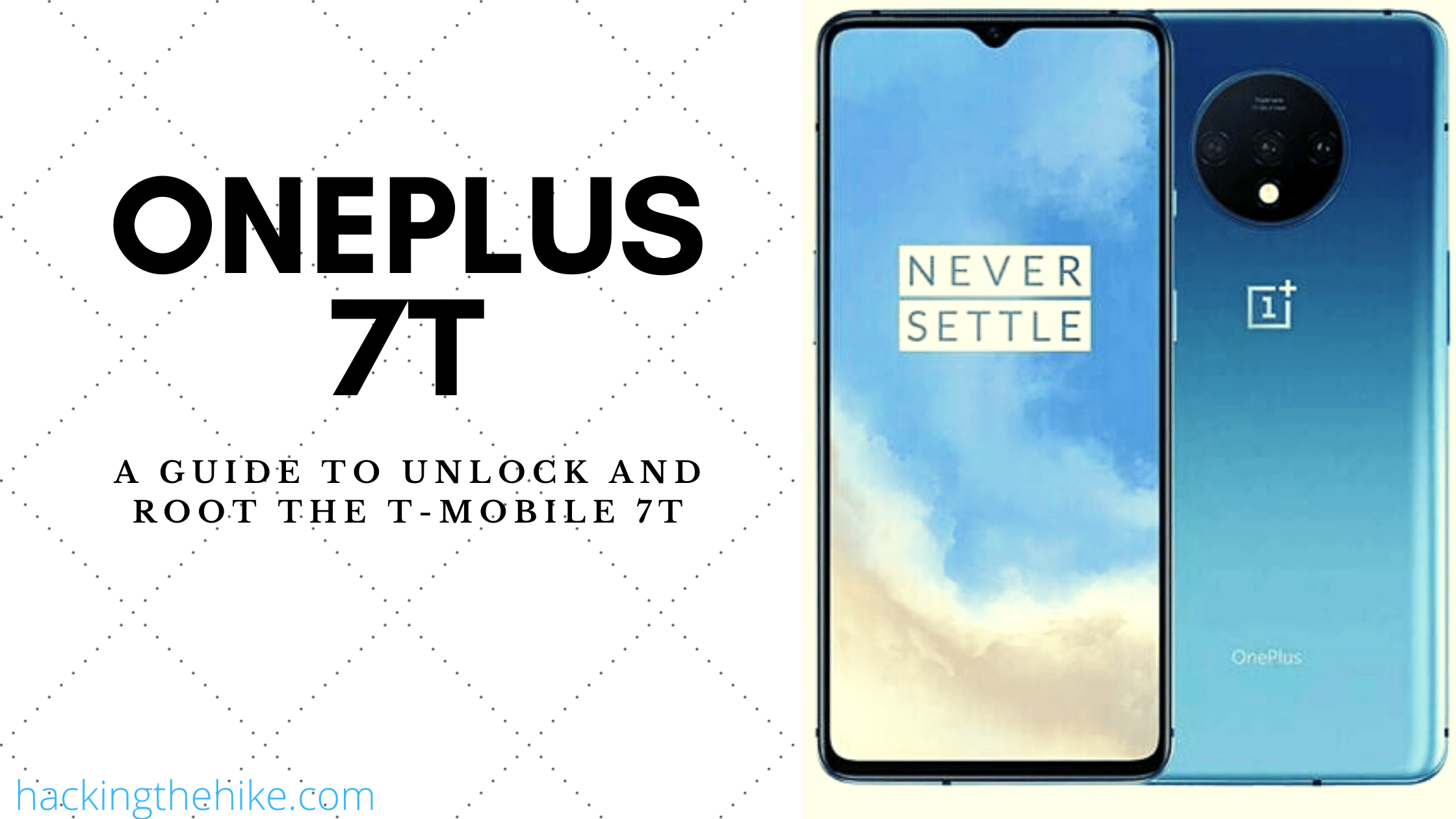 The OnePlus 7T is the third Onehttps://amzn.to/3b6TSlKPlus phone I’ve used in the last year. When my OG Google Pixel required charging multiple times daily, I “upgraded” to a Moto Z2 Force. That was a terrible mistake. I appreciated the near stock experience but my particular model was the AT&T version. Meaning no updates. Even when the Verizon version received them, AT&T didn’t. It was an annoying reminder of why I had purchased the Pixel or even the Nexus 6P before it. I wanted control over my phone.

I purchased a used T-Mobile 7T with the goal of switching from the T-Mo software to the OnePlus global ROM. The instructions seemed straightforward.

Obviously, you didn’t do this just to unlock your bootloader. Now you can work on switching the 7T from the T-Mobile ROM to the global ROM. The recommended path is to flash the Indian ROM before Global. If you go straight to Global, the camera and Wifi may not work. I missed that step and thought I broke my phone. Then I tried flashing Global again. No cell service. I was sweating bullets. So don’t be like me. Flash it right the first time.

Download the appropriate ROMs. There is a compiled list on XDA. India may also be identified as HD1901 and Global as HD1905. The Tool has an option to reboot into the recovery using TWRP. Do it. Just boot TWRP. Once inside TWRP, copy the ROMs over. And flash a ROM. Ideally, India first. Rinse and repeat. Flash Global next. Now, in theory, you will have an unlocked global OnePlus 7T.

At this point, you can leave your phone alone and be happy. You have a regular OnePlus phone without T-Mobile software. It can run the latest OxygenOS. I decided if I came this far, I may as well go root. Plus several apps wouldn’t run with an unlocked bootloader. Magisk can hide it.

Obtaining root was relatively simple. Use The Tool again and follow directions for root. It will flash a modified bootloader that roots the phone. You will want to install Magisk to manage superuser privileges and install Magisk Modules. Use the Magisk Manager app to install additional modules like MagiskHide which hides root from apps.